Escape From Biostation is a game about a robot, a squirrel, and a space station! The game fuses first person shooter and platformer elements with a retro early 2000s aesthetic.

Available for purchase on steam here.

Escape From BioStation is a sci-fi adventure game which places you in the role of a Rob Bot, the last robot citizen of a dangerous ancient space station.You'll take on a host of evil robots armed with your deadly super squirrel.

Get Game on Steam

Tackle a variety of puzzles, platforming challenges and explore the BioStation which is stuffed with loot, hulking bosses, traps… and acorns! 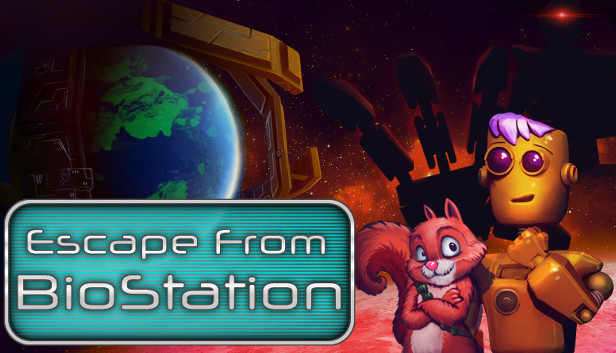