Is this the penultimate update?

So I'm starting to get excited, there might only be one more kickstarter update before this thing is actually finished! If you want more regular info on what is going on you can follow on twitter @tuskygames or faceblab https://www.facebook.com/tuskygames/

So in the last post, there was a picture of the "verybigship" - the baddies cruiser, but I wasn't happy with it so got a new one. 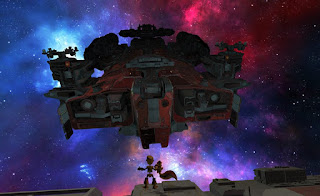 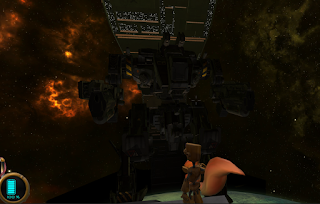 There is now little ship for the heroes. 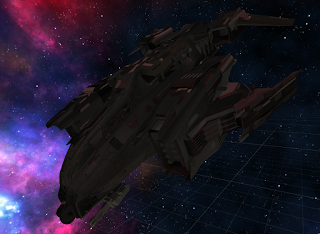 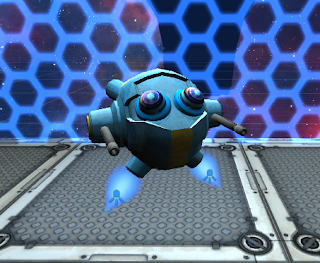 And one with a working name of "Merv": 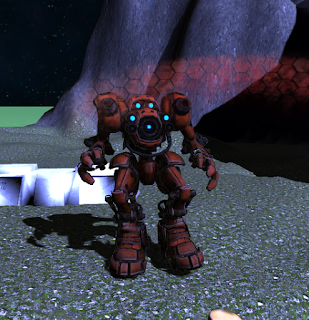 Redid boss 1 so now it uses little robots to power a shield. Also his hammer is on fire and sets everything on fire. 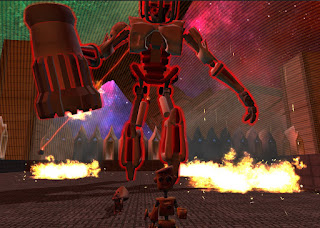 So other than that all of the levels are pretty much done bar 1: the final boss. That should be wrapped up in the next week or 2. We've been doing lots of re-recording as well. We have Bonetopick (the main villan) and his underlings down, as well as a few other parts like the lift, scientist and computer. Lots of thanks to everyone who has given their time for that - It's going to be great to hear it "in situ".
So what I'll be working on next is the final Boss fight. Then I'll start on the 4 cut scenes. There are also a lot of other things like finishing off the options menu, save & load etc. We've also made a start on some media for the store page and getting a proper trailer together which should be fun. The current trailer is over a year old now and no longer a fair representation of the game, so I'm very keen to get that updated.

In terms of go live date: I am confident that by December there will be a full, cohesive & playable “thing” ready for alpha testing. However are 2 main items that might cause a delay to actually going live. The key one is animating the cutscenes, which at the moment is a little bit of an unknown in terms of how long the might take. So once I have got through one I will have a better idea about if the timeline is still realistic. The other potential cause for delay is any issues and feedback raised from testing. I suspect that there might be quite a few suggestions to implement once there are fresh eyes on it - so again that presents another bit of an unknown.

Testing is going to start from early December whilst the cutscenes are finished off, so at that time it will become more clear what is left to do. As such I have decided to move the original launch date from December to February.

But that will ensure that there is plenty of time to test, refine, get a steam store page up and that kind of thing. It’ll make sure the game has at least some polish and isn’t launched without being refined. I especially don’t want to go down the route of launching something that is not finished and call it an alpha release.

That’s all for now.