A new member of staff has joined the ranks! The medieval jester is able to entertain your visitors, and they also have a taunt ability to tease and upset knights (or lords and peasants for that matter). You might want to do that if your have scheduled a joust, and want to put off a knight before they face your house knight.

This simulator game will feature a fair few decoration items. This newly implemented decoration is a statue of a knight! Mainly this decoration is to improve the aesthetic of your tourney ground. 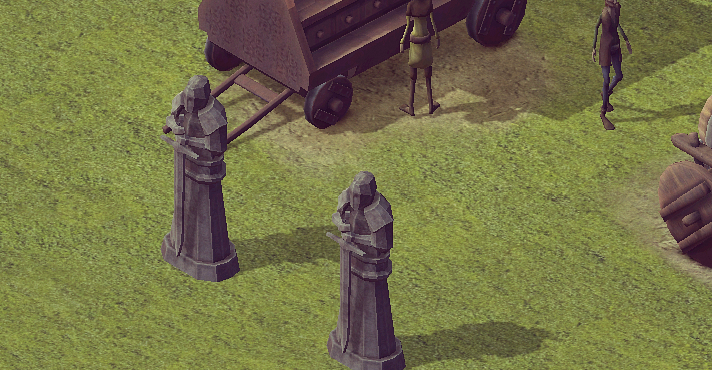 To make it more obvious when your medieval guests have reacted to something, or are thinking something, there will be a little pop up that displays the happiness flag that just triggered. They might react physically in some way too. Like with the new medieval jester character - they may applaud or burst into tears in reaction to their antics.

Until next time, simulation fans!

It's been quite a while since the last update, but things on tourney have been continuing behind the scenes!

There is a new medieval outlet you can build: The surgeon. This is for knights that been in a joust or melee and maybe sustained an injury. Once they are done they can come here to be healed. As it is a medieval setting, some of the practices aren't that refined. Something I hope some of the blood stains capture.

The knight menu now features a small bio for them, to add a little fun background to them all. A few of these are pop culture references; or just little funny factoids. What the player will find though is that the “about” information may also have clues about how to really peeve a knight. That way if your champion is up against them you can give them an edge.

You can now look at a status bar for all people (visitors to the tourney and medieval knights) to see what they are doing. Quite a standard feature, I suppose in this sort of simulator game. 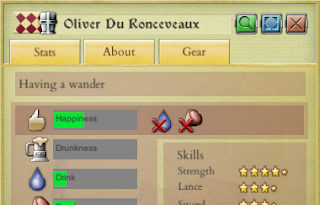 Also alongside the happiness meter you can see "flags". (Like a moodlet in a well known life simulator by EA). Essentially this is stuff affecting the person's mood. I've had to refresh my memory on how to pixel art, since there are a fair few icons needed...

Few other fixes & tweaks for tourney. Plenty of work on the jousting mechanics. I want to ensure that it's fun and quite a realistic simulation. For example a knight can now to surrender before starting a joust run. That means instead of charging in to die if they have been hurt, they might surrender. If they do then both knights trot to the end without lowering their lances.

Hoping to start work on a very important member of staff you can get in the game. The medieval jester. It'll need a lot of work so I'm starting on some sketches and modelling - before all of the texturing, animations and then implementing them into the game!

Welcome back, tourney fans! It's been a while since my last post, so here's what's new:

The levels are split into an "invite phase" where you select your house knights and third party guest knights arrive. During this you build whatever you want to start the next phase with: the tournament phase. I've created a clock graphic, to tell how far through the tournament phase you are. The phase lasts a day, from 10 till 10. I've imported it to the game, and got the pause button in the middle working too. 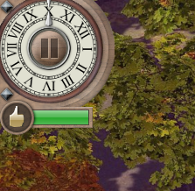 The problem was it then made the existing tooltip for selecting your buildings look a little out of place, so I gave that a makeover too 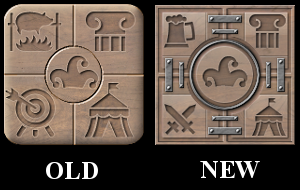 I have finally completed everything for the accommodation tents (model / tex / engine import etc). The way those work is that you have 2 types of pitches: An empty plot that causes a guest knight from another house to arrive; or a prebuilt tent in your house colours that will then allow you to invite a knight from your house to occupy it. 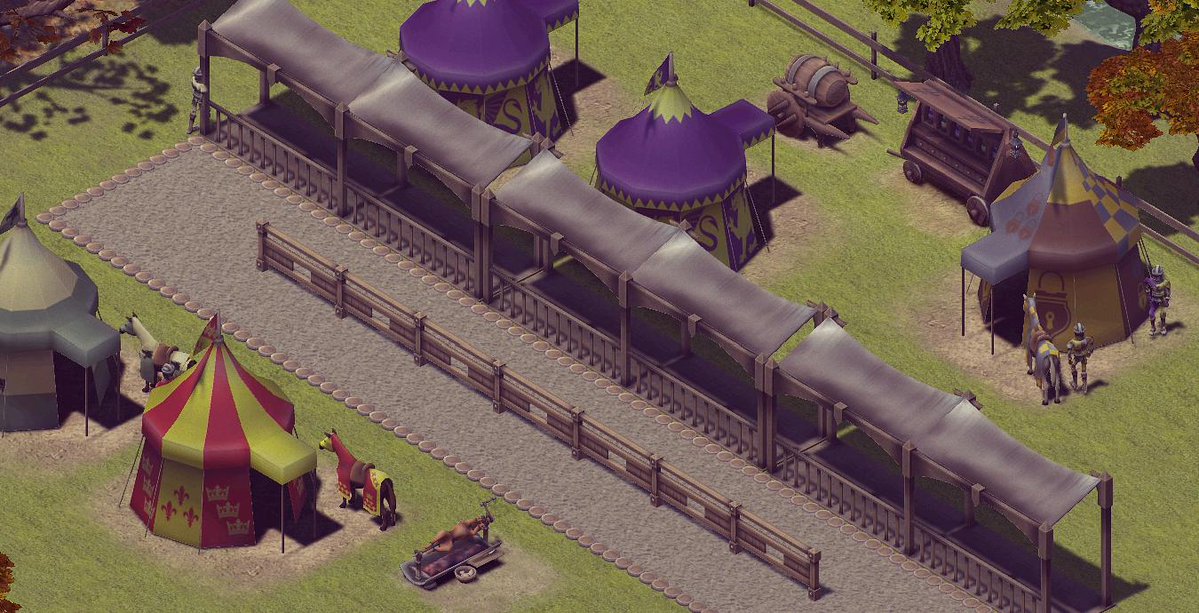 I made some menus for knights and visitors now so you can click them and see some basic info about them. I need to spend a lot of time creating all the various icons that are needed before the menus are fully finished. I have also added a "house" menu where you choose your champion. I've made a fun system for scheduling a joust, where you can mess around with the order of who knights are fighting against, before it starts. It means the player can give their house knights a more favourable path to the final if they want to. The game phase now represents a day, and the lighting will slowly adjust accordingly.